Dr. Iman Foroutan, CEO and Chief Promotion Strategist
“This is the best promotion we have ever done in the 25-year history of SanDisk,” read the note from the Marketing Manager of SanDisk to the Contest Factory team. The occasion: celebrating the storage company’s 25th anniversary. The idea: acknowledging loyal customers and conducting market research to assess people’s knowledge and perception about SanDisk. The challenge: adhering to the legal and compliance mandates during promotion. California based Contest Factory was in charge of the design and execution of the campaign. Buyers and loyal customers participated in this gigantic campaign by visiting the custom website, created by Contest Factory for SanDisk, as well as through email and product packaging. The promotion went on for one year during which over 10,000 prizes were distributed summing up close to $800,000. SanDisk’s case is one of the many grand success stories that Contest Factory has been able to deliver with its thought leadership and expertise in offering custom gamification solutions.

“We are a one stop shop for all the needs of an organization in engaging their targeted audience. Be it engaging consumers and lead generation online and offline, or gamifying training courses and material, we can build promotion strategy, content creation, ideation, and drafting official rules, effectively to generate greater response,” proclaims Dr. Iman Foroutan, CEO and Chief Promotion Strategist, Contest Factory. The company works with the client’s teams and agencies in charting a gamification roadmap. From there, the company builds the platform, administers the promotion and indemnifies clients, their sponsors and partners against any liabilities that may arise from the official rules.

Content Factory’s core gamification offerings include a large variety of Contests, Sweepstakes and Instant Win Games, customizable both in terms of content and industry vertical. Through these products, companies can build customized promotions with attractive prizes for the winners, which helps in building people’s interest in a brand and improve their knowledge about the brand’s offerings. Additionally, Contest Factory offers gamification solutions that can be readily deployed at events and tradeshows to engage visitors and drive foot traffic.

Realtors, for instance, by leveraging SpinZone Realtor, can reward points to potential clients for ‘checking out’ their properties. A combined offering such as SpinZone Trivia that can keep players ‘hooked’ to a fun-filled learning experience. Besides, the company has also developed products that are tailored for in-house training where they offer gamified learning courses. All Contest Factory’s offerings are delivered over the cloud and are embedded with multiple layers of security, fraud detection, and more importantly analytics capabilities that endorse lead generation.

For small and medium businesses (SMBs), the company has developed customizable and ready to deploy mobile app that clients can license at a fraction of the cost associated with developing an app from scratch. Realizing the value proposition of a self-service delivery model, Contest Factory has recently launched its Self-Service Promotion Suite that requires minimal ‘knowhow’ and time for clients to integrate them in their preferred web and social network platforms while having Contest Factory as an aid for delivering support. With Contest Factory, SMBscan access gamification initiatives driven by analytics capabilities.

A visionary in every respect, Contest Factory patented voting in online contests long before TV contest shows with public voting components made their appearance. The company holds multiple patents associated with online contests and integrating online voting with virtually any type of contest, even across the ‘hybrid’ online-TV channel. A reality show that leverages Contest Factory’s patented system for online voting is currently in production. In effect, Contest Factory is adept at utilizing gamification as the ‘Swiss knife’ for client’s end-to-end audience engagement. 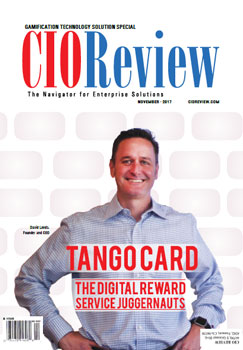